Voiced visions of the voices in the head as multiform memories of parental paranoia get the heightened reality they require.

Case-studies committed to celluloid. Sketches of schizophrenia that draw on reality and the time in the big house, behind the trees, too far from the road.

Camouflage by Jonathan Hodgson explores the experience of the child growing up with a schizophrenic parent. Based on extensive research it compares a personal account with the experience of others, using interviews, drawings and animation, live action and digital composition.

The live action, shot on 16mm, is based on the director’s own memories growing up with a schizophrenic parent. The animation is based on interviews with other people who had one or more schizophrenics in the family.

The interviewees were asked to describe what they remember of their thoughts and feelings at the time and how their perception of reality may have been distorted by what was going on.

Jonathan Hodgson was born in Oxford, U.K. in 1960 and educated at Liverpool Polytechnic and the Royal College of Art. Jonathan has been a Freelance Animation Director since 1985, setting up ‘Sherbet’ with Producer Jonathan Bairstow in 1996 to produce commercials, TV graphics & short films.

a film by Jonathan Hodgson 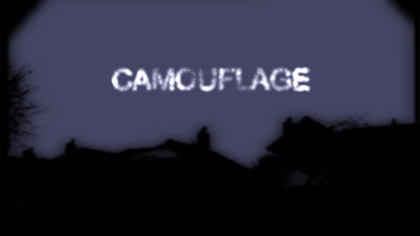 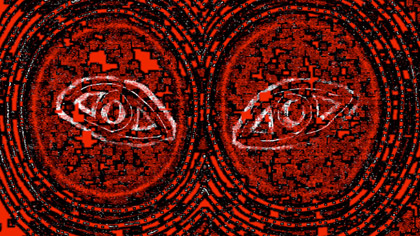 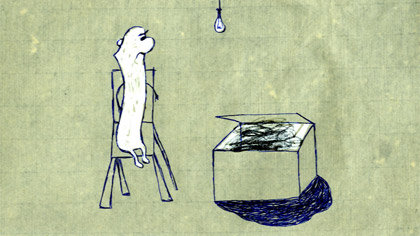 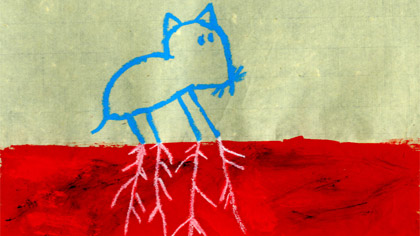 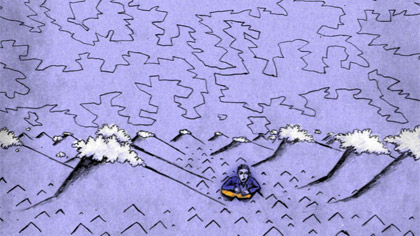 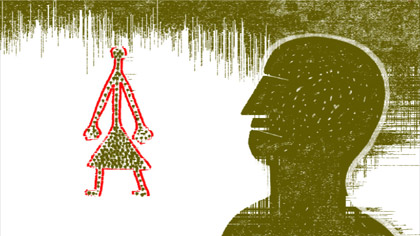 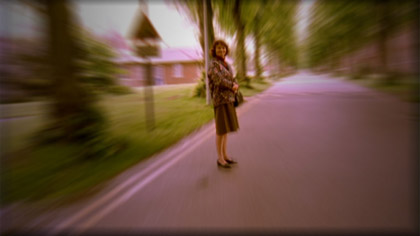 Drawings on paper were treated in different ways: some were artworked onto Chinese calligraphy paper using paint, biro, chinagraph, tippex and ink. Some were hand coloured digitally using the programme Painter.

The live action ‘flashbacks’ were telecined, then digitized and then graded to give a slightly old-fashioned look. Where there is a crossover from live action to animation the live action was rotoscoped to become literally a hand drawn tracing which would be scanned and coloured using Painter and After Effects. The two versions of the same movement would be blended together to make a seamless transition also using After Effects.

Camouflage a film by Jonathan Hodgson