Films : The Tongue of the Hidden : all

Characters and environment created entirely from the letters and the written words of the 13th century Persian metaphysical poet Hafez. An original and kinetic meditation offering insight into Iranian culture beyond the two dimensional popular view.

David Anderson, a filmmaker whose work has encompassed experimental animation, drama, theatre and dance, trained at Bath Academy of Art and the National Film and Television School. His degree film Dreamland Express won a British Academy Award. Later films, including Deadsy and Door made in collaboration with the writer Russell Hoban, have gathered a multitude of awards, notably the Hiroshima Peace Prize for Dreamless Sleep. He has been visiting professor of animation at Harvard University, and now lives in Lewes, Sussex.

Jila Peacock was born in Iran, studied medicine and fine art in London then moved to Glasgow in 1990. Her paintings have been widely exhibited in shows across the UK. In her latest book Ten Poems from Hafez, her calligraphic images of animals are entirely formed from the original Arabic script of the poems. The work is on display in the 2006 British Museum exhibition entitled Word into Art.

a film by David Alexander Anderson in collaboration with Jila Peacock 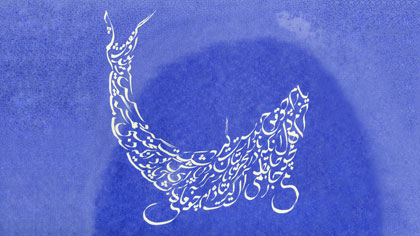 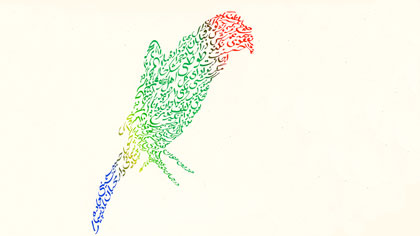 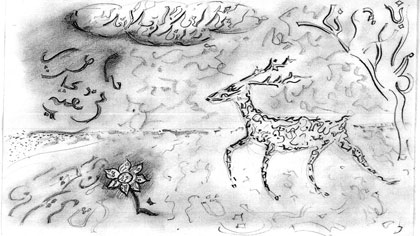 Calligraphy with 2D and 3D CGI 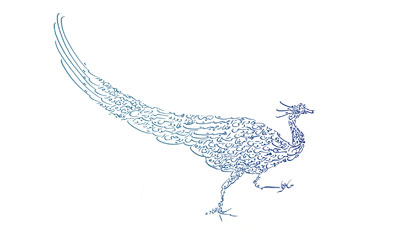 The Tongue of the Hidden film, stills and other materials © David Alexander Anderson 2006

The Tongue of the Hidden a film by David Alexander Anderson