Hot time, summer in the city… A hued thought in a green shade – the life of a square from flesh to ‘paint’ via video. 24 hours of light.

Soho Square uses a painterly approach to colour and composition to evoke the atmosphere, sights and sounds of the London Square on a typical summer’s day.

The square is an oasis and a refuge for many people whose paths would not normally cross.

The wealthy and the destitute, the esoteric and the mundane: office workers, winos, tourists, police, students of Tai Chi and of Hari Krishna, gardeners and lovers.

a film by Mario Cavalli 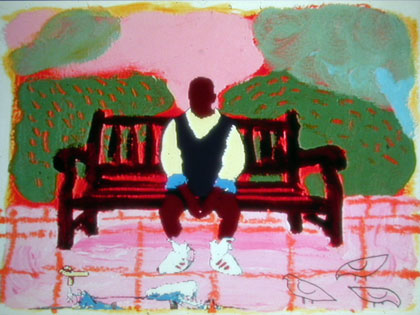 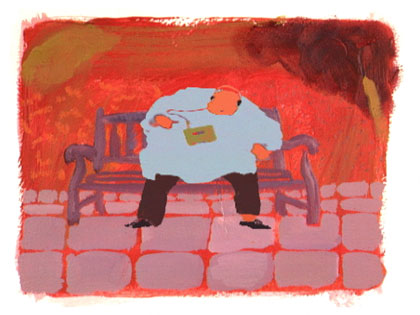 All the scenes depicted are based on real characters and events recorded on Hi-8 video.

This material was then edited and recreated in the studio with dancers and mime artists, then re-coloured, re-timed, and composited on video with various artwork elements, to create the impression of events unfolding over a single day.