Hats on for this journey into an old country past. Room service with a difference: the phone rings in the wardrobe or the wilds. Nobody and everyman home. A grab bag of styles help us to feel like a man adrift in woodland.

We are floating somewhere between Les Vacances de M. Hulot and The Exorcist, thirty miles southwest of Leipzig, holding onto our hats.

Matt’s practice crosses boundaries between film, video, animation, interactivity and installation. In 1994 he completed the Electronic Imaging course at Duncan of Jordanstone and his many prizewinning films that have followed were screened in a retrospective at Dresden Filmfest 2002.

His first animate! work was Hotel Central which shared with Jean Luc Godard the Special Award for Film at the Split Festival of New Cinema 2001. He lives in Edinburgh.

The film is a fleeting and intense exploration of large, cold isolated office blocks and lone, alienated workers, stuck in bizarre routines in a nasty grey oppressive city. You may have heard of lone soldiers in the jungle who are still fighting the Vietnam War when it’s been over for 30 years?

Our characters here are similar, like workers carrying on at their desk in desperation after some terrible urban disaster. Meanwhile the computers and offices have evolved and are able to move/change/dance – this is where the animation comes in!

a film by Matt Hulse 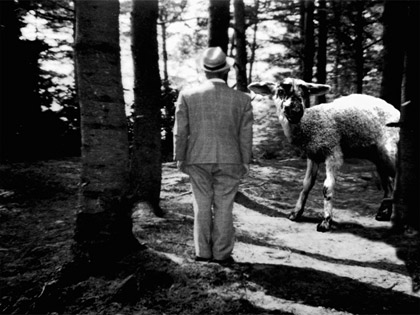 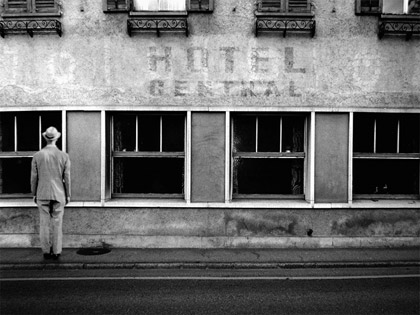