Political documentary meets baroque rave video in this computer animated portrayal of Louis XIV and his pleasure palace at Versailles.

Richard Wright is a media artist concentrating on digital filmmaking.

The Bank of Time 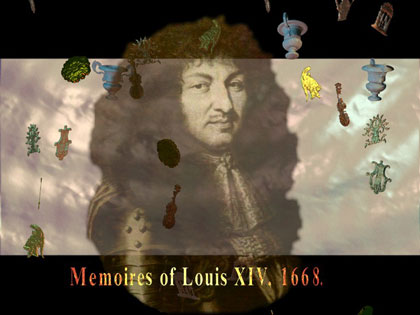 “...we must consider the good of our subjects far more than our own. They are almost part of us, for we are the head of a body of which they are the members.” - Memoires de Louis XIV, 1668. 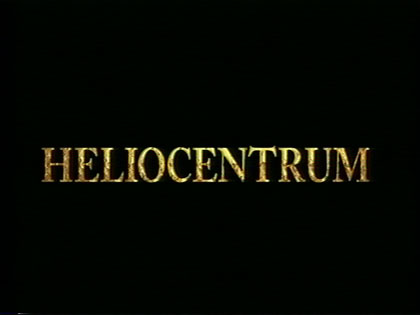 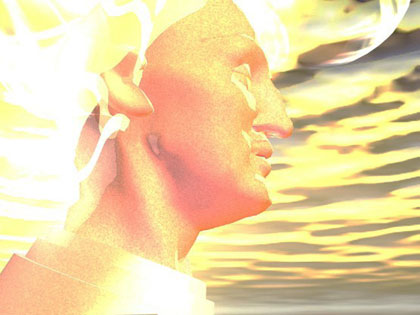 This head was actually modelled in plaster by Jason’s dad from portraits of Louis XIV. Not bad, eh? 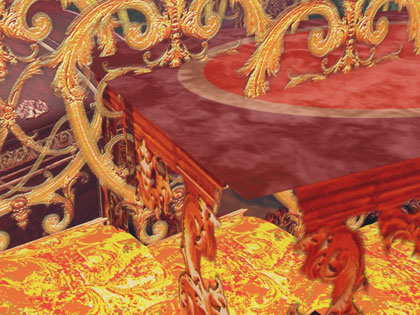 “Versailles is the gloomiest and most unpleasant of places. The King liked to tyrannise nature, to subdue it with art and riches. Beauty and ugliness, the vast and the narrow are all jumbled together with no plan or design…” - Memoires of the Duc de Saint-Simon, 1715. 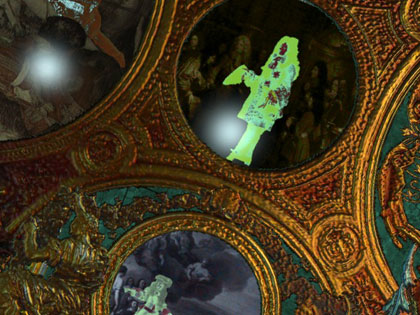 “There are some nations where the majesty of Kings largely consists of not letting themselves be seen, and this may have its reasons among minds used to servitude, which can only be ruled by fear and terror…” 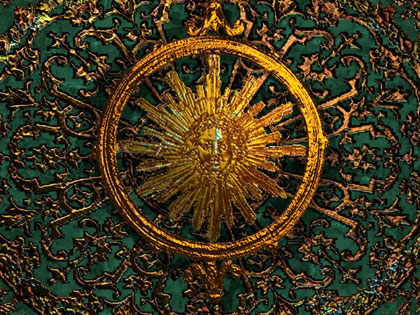 “…but that is not the nature of the French people, and as far back as histories go, if there is any feature unique to this monarchy, it is the free and easy access of the subjects to their prince.” - Memoires de Louis XIV, 1668. 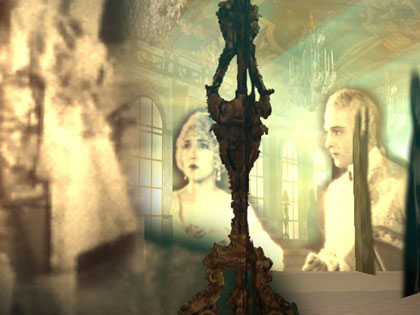 “The people of the court are like a foreign nation within the State, composed of people drawn from different places. They are not all people of intellect, but they nearly all have an admirable politeness instead…” - Cesar Vichard, Archbishop of Saint-Real, 1692. 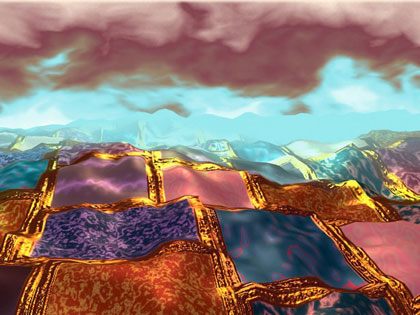 “… You, Sire, have brought all these troubles upon yourself; for, with the whole kingdom in ruins, you keep everything in your own hands… This, Sire, is the state you are in.” - Letter from Archbishop Fenelon to Louis XIV, 1694.