Vibrant and graphic erosion at a remote coastal research site.

Exposed to the elements on an isolated stretch of beach, an assembly of material fragments fizz with marks, crackle, flake, warp and decay over time.

Exposed to the elements on an isolated stretch of beach, an assembly of material fragments face seawards in a small commercial station, testing the rates of decay of an array of construction materials. The sample sized plates are bolted on Dexion ‘A’ frames, enduring the forces of weather.

The film works with these raw materials to create its own study of exposure: both physical exposure to weather and photographic exposure to light and processing chemicals.

Peter studied at East London University and St. Martins School of Art. His films include:

a film by Peter Collis

An animate! production through Finetake for Arts Council England and Channel 4 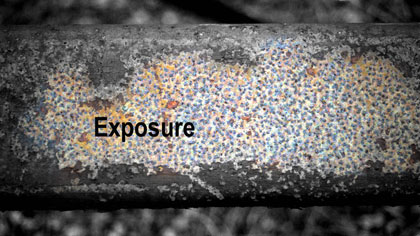 Exposure title card: This image is of an orange/brown rust-covered steel beam. In Photoshop I removed the colour from the central zone of the image and overlaid the titles and credit text. (Also see credit cards below). 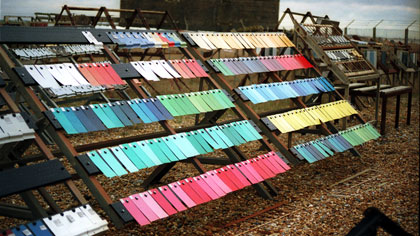 Colour plates: This shot opens the film and introduces the vibrant colours of the coated plates at the site. It was taken as a 35mm still, the negative I processed myself, which I pushed to over-cook the colours. This was scanned to PC, printed up and re-filmed on my 35mm rostrum. 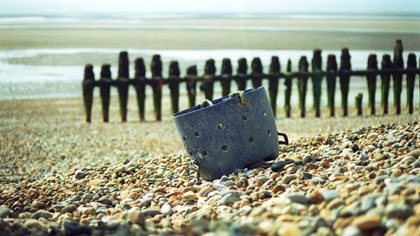 Blue bucket: This shot was originally filmed as a series of zoom/wipes toward the bucket. However at the editing stage of the film it became obvious that this was too grand and a slightly unnecessary gesture at this point in the film, so it became a simple jump cut. 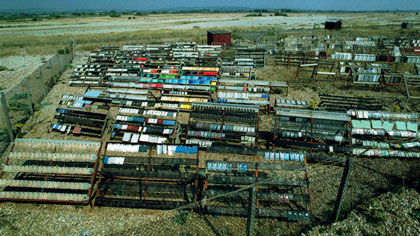 Wide of site: To get this shot I raised my stills camera up an approximately 25ft pole, to be able to have a view looking down on the site as something of a whole. 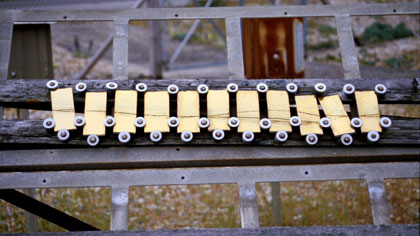 Line on yellow plates: This shot is one of a number in the film where I mixed scratching marks made directly on to unprocessed celluloid and scanned on to my PC, with stills images of the site. In this case the scratch was a longish wavy line, scanned in reverse (dark scratch on light background) & laid over images of the line on the series of yellow plates. The next step was to rub out, on PC using a software package called AURA, the points where the scratches extended beyond the plates. 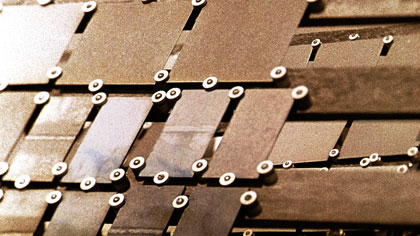 Clouds on plates: This image mixes time-lapse segments of passing cloud with a particular still of the site. This site image was shot using a ‘shift and tilt’ lens which sets the film focus plane at an angle to the actual film plane. This essentially gives a mix of soft and sharp points of focus across the image. 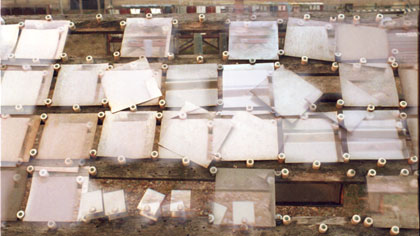 Slippage: This tracking sequence was constructed at the site on my Nikon stills camera using a number of 36exp. 35mm rolls. These rolls of film were hand-processed at different temperatures, dilutions and timings – giving a varied mix of under/over exposure and high/low contrast & saturation levels. The results were scanned, mixed and printed up for shooting on my rostrum. 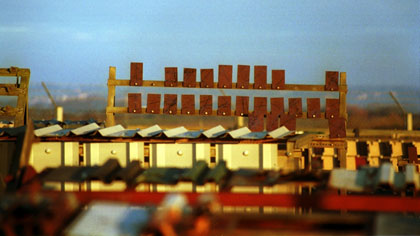 Cracks in the sun: This and the sequences in the next two stills again mix celluloid scratches ‘fitted’ onto the plate surfaces in the images. 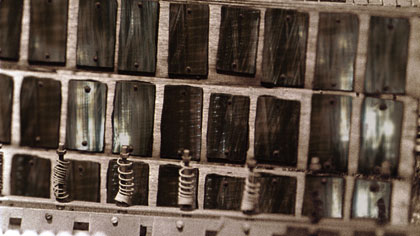 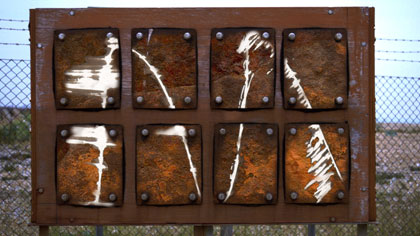 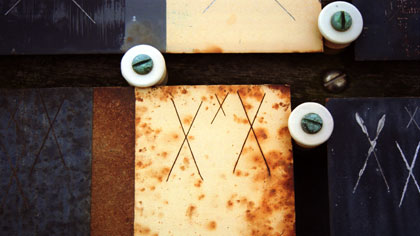 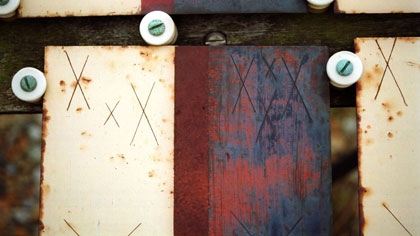 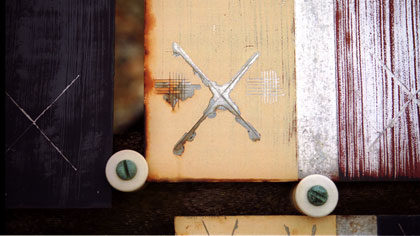 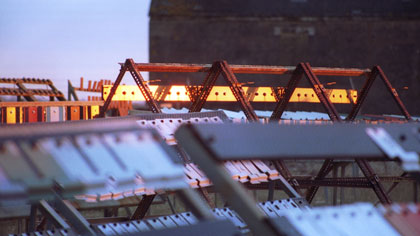 Dexion glow: This image was taken about twenty minutes after sunrise, when the light of the sun is at its most acute angle. The strength and direction of the warm light has really pushed & emphasized the residual colours of the old & not so old metal construction. 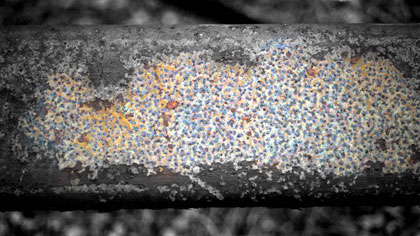 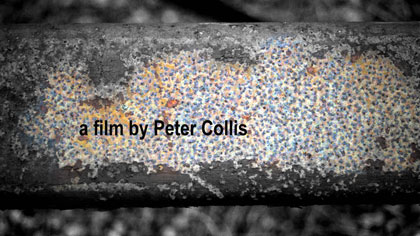 End credits: a film by PC 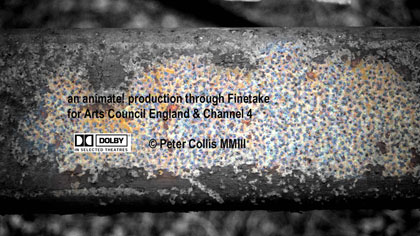 Audio fragments & music were recorded separately on computer & DAT and mixed into a soundtrack on computer & overlaid onto DigiBeta.

Exposure a film by Peter Collis