A trinity of dying, as hand exposure of film, drawing, live action and stop-motion conspire to probe the mystery of the final moments. Potent and disquieting as it seeks answers to the great question.

3 Ways to Go presents three people approaching seperate, untimely deaths. A variety of techniques, such as hand-exposed film, drawing on film, conventional animation, and live-action are employed to extend the filmic experience of their imagined last moments.

Sarah Cox studied at the Royal College of Art. She teaches animation and has worked in commercial animation as director at Picasso Pictures.

The World of Arthur Cox

a film by Sarah Cox 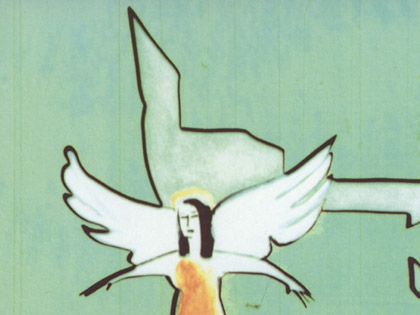 3 Ways to Go a film by Sarah Cox